As departments expand their use of Special Purpose Accounts, SPAs, we need to re-assess how and where they are used along with a name change to better handle the dual aspects of SPAs.

Within CalGroups itself, the user delegation group is a regular group that can be used for authorization or other purposes. Groups can be nested in each other for indirect membership.

There are several SPA related names that appear in different contexts. For example:

In AD: the user delegation group (under ou=ManagedGroups,ou=CalGroups):

As campus departments are making expanded use of SPAs, we need to allow both the Special Purpose Account and the SPA user delegation group to be used in groups.

To allow clarity for the two aspects of a SPA (account and user delegation group), we will change the group names slightly.

The current idea for group name modification is to prefix it with 'group'. That way when a user is searching for a SPA, user group, or account, the user group will be obvious. 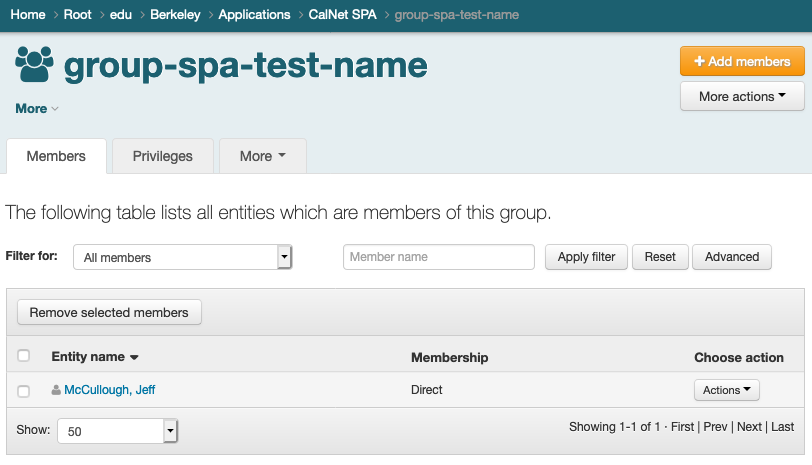 If someone is searching for spa-test-name within CalGroups, they will see two items in the list:

Choosing the first option “SP_Account, Test-name” will add the account to the group. 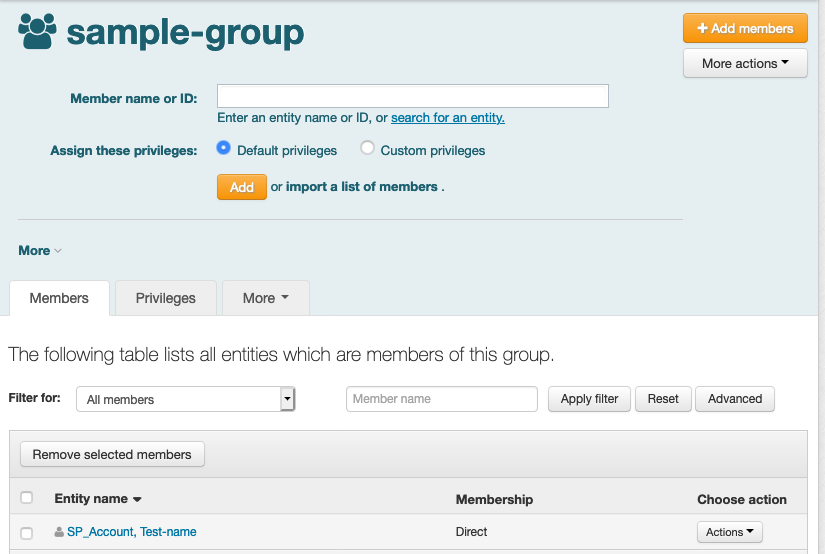 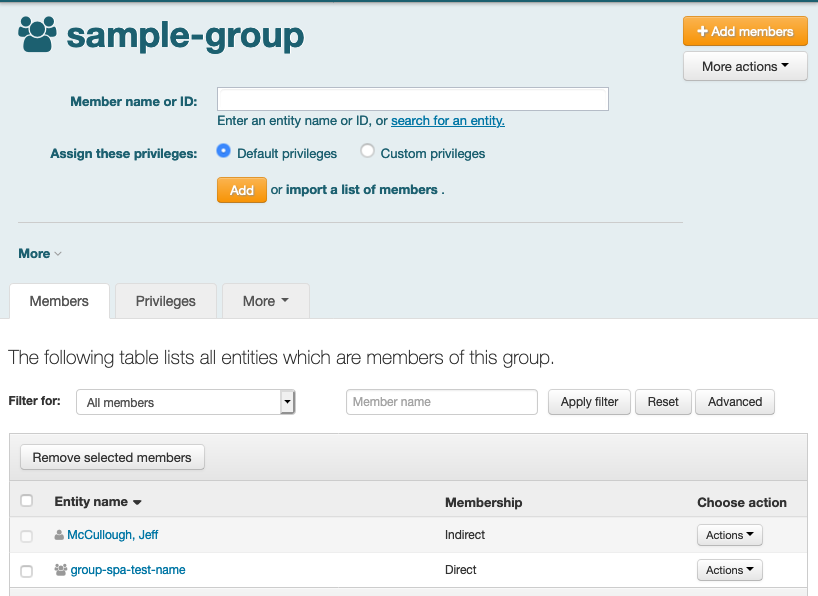